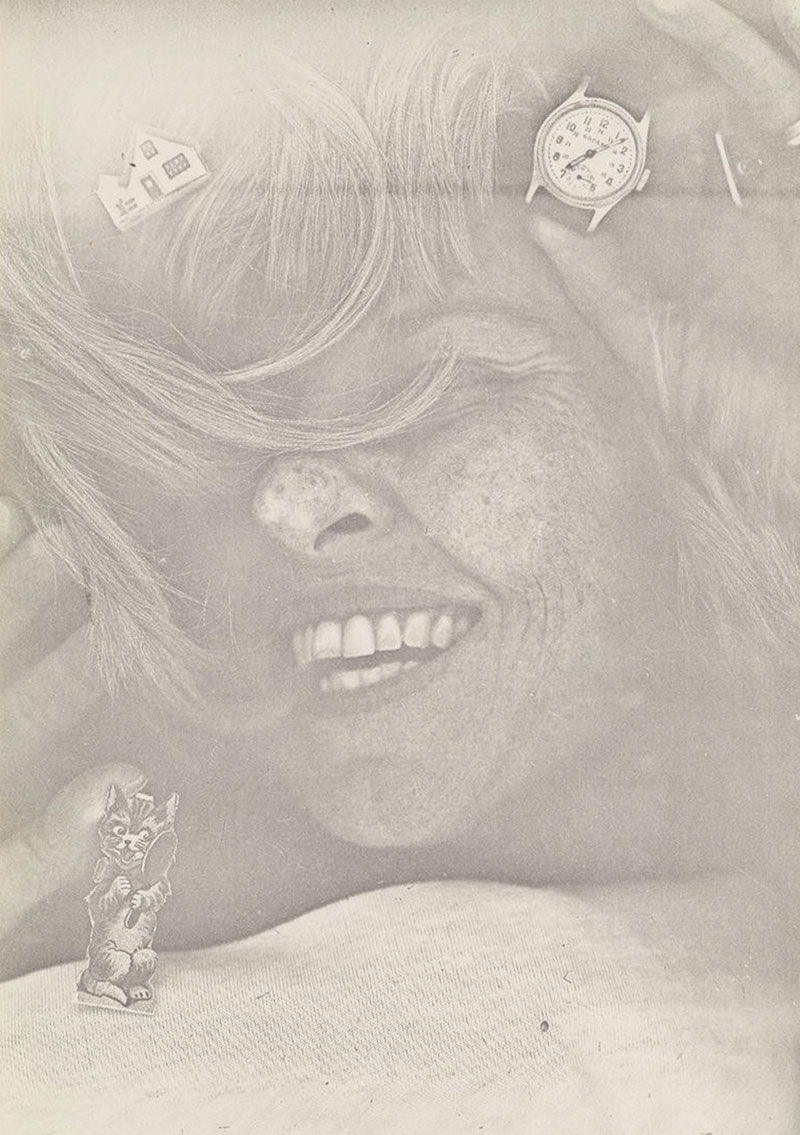 Helen Chadwick, detail from The Oval Court, exhibited at the ICA, 1986 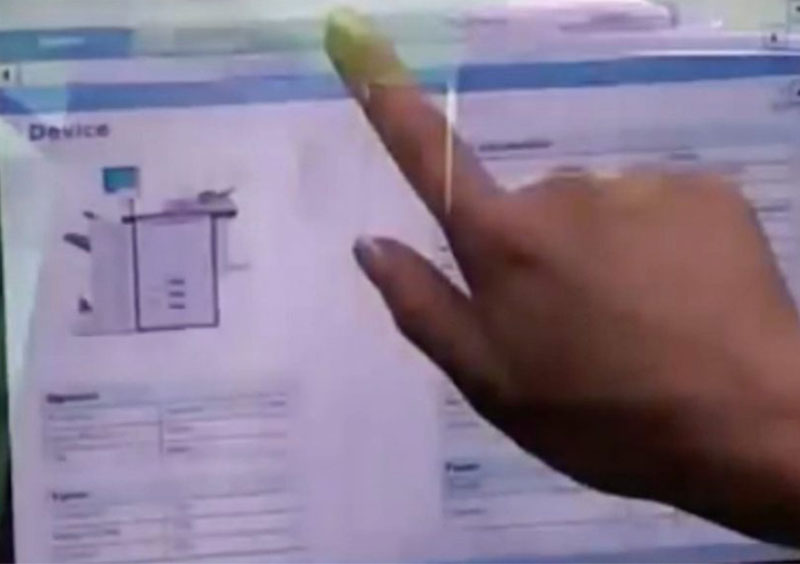 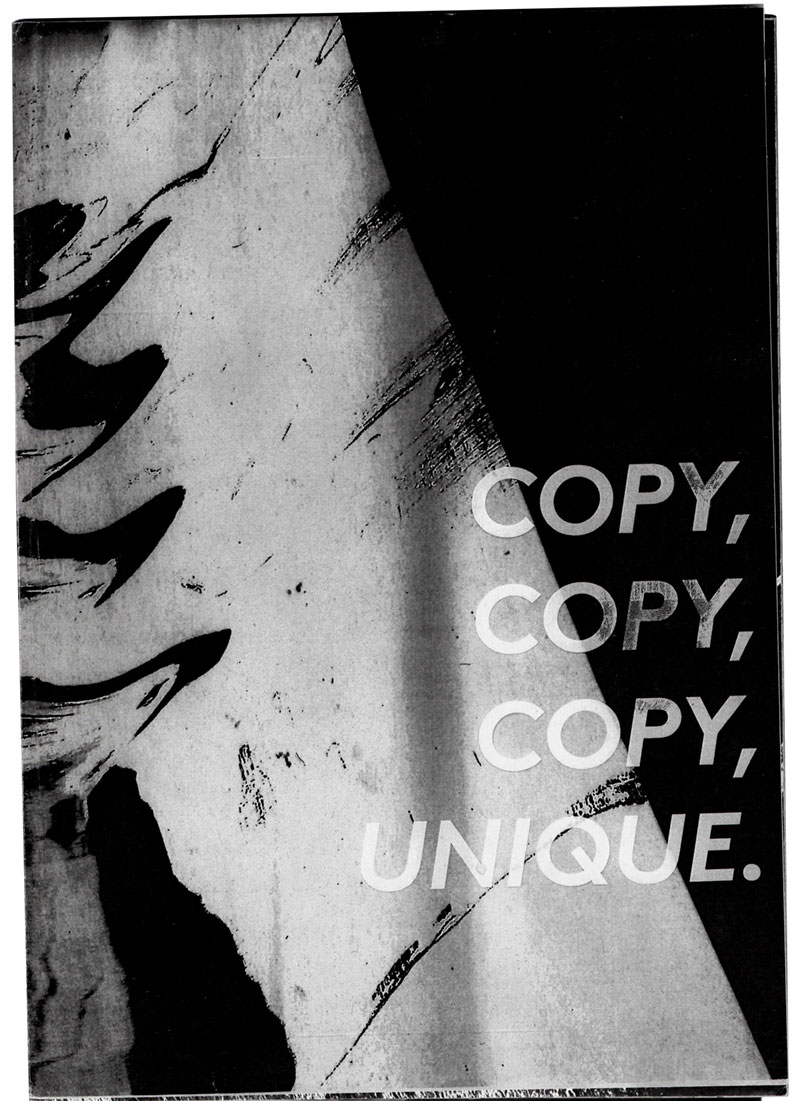 Viral Bodies: ‘are you repeating yourself?’

Are you counting yourself?* As an image-maker and bookmaker, I habitually think about the politics of reproduction in relation to materialism. I have often found that the syntax of bookmaking brings me in direct alignment with the body-replica. For example, a ‘spread’ in print terms describes an adjacent set of pages, a term which extends to the splaying of body parts, or the spreading of a virus. Like bodies, books are inhabited, lived, and reproduced. In this way, the book as an object often forms a type of bodily duplicate; a material echo. It calls my body back to me. My current print-tool of choice is the photocopier: the machine constructed in order to repeat. The viral extends to the condition of the copier, in its ability to replicate images as well as expelling reproductions with a difference. We tend to think of a virus as something airborne: a disease that visits us. Yet, the structural qualities of the virus are about digging in, catching on, and spreading outwards. The virus replicates and, as a result, produces parasitical forms beyond its host body. Specifically, I think about this pollutive effect produced by the photocopier.

In California, 1965, the artist Barbara T. Smith leased a 914 Xerox machine and put it in her living room. Smith is known for her prolific feminist performance works in the late 1960s and 70s, such as Nude Frieze (1972), however some of Smith’s first artistic interventions were made with the photocopier. Seeking a departure from her background in painting, she solicited contemporary printing techniques and arrived at the Xerox machine. Over the following year, she made copies of her surroundings, placing magazines and photographs of her husband and children on the scanning bed. She even used her own body, dressed as well as nude. Smith asked her husband to have sex on the copier. He refused. So, instead, she produced erotic imagery masturbating with the machine. Smith’s living room, which previously played host to domestic chores and social occasions, was transformed to an office space. In this lounge-cum-office, Smith expelled her body’s lived narratives, as well as establishing the copier as a building site to develop various reproductions. In an interview for The White Review, Smith recalled, “My work was on behalf of women and I was against the Cartesian split, the body/mind split. It was more about integrating the entire being”; this is exercised as a material entanglement of the body and the female inscriptions of the copier device.

In Adjusted Margin (2016), Kate Eichhorn explores the mimeographic qualities of the photocopier, discussing how these various outputs helped expand industrial workplace capitalism, while also galvanise artistic subcultures. The workplace copier—its commercial use dated to the late 1940s—entangles gender norms, perhaps most literally, as a proxy for the office work undertaken by women. In many cases, the primary role of the secretary was to manually reproduce texts. The introduction of the workplace photocopier demoted the often-feminised duty of copying-through-typing to the duty of assistant-to-the-photocopier, such as in this sexist commercial. Within Western frameworks, women have long been inscribed within narratives of repetition in both professional and domestic frameworks. Eichhorn notes that the copier is equipment with “a history of repeated gestures”. As a result, the act of repetition in place of the female and/or reproductive machine allows for a shared empathy.

Smith’s works made using a Xerox machine are collected in Just Plain Facts (1965–66). A specific copy from this series includes a striking self-portrait. Smith’s face is pushed up against the glass-bed of the copier, with a selection of objects surrounding her, including a small ceramic house and a watch with its face to the photocopier bed. A small cut-out cartoon of a cat, featured in the bottom left-hand corner, looks into a mirror. The cat’s exclamation of static joy mirrors the artist’s expression. Although it is one of Smith’s earlier Xerox works, the notion of confinement juxtaposed by a playful resourcefulness is a defining theme. In her reference to the ‘disposable’ reproduction of photocopies, Smith seems to play on the condition of the photocopied female, her body and material belongings turning the secretarial machine back on itself. There is a radical reclamation of the copier. No longer a tool of repression, the machine re-constructs the female form as an assemblage. Smith spreads her image by way of the viral force of the photocopier.

In 1986, the artist Helen Chadwick splayed her naked body on the photocopier to produce a series of parasitical fantasies titled The Oval Court. Chadwick challenged tropes surrounding perceptions of the female, and her gendered representations forge a sense of ambiguity in hopes of blurring prescribed boundaries. Chadwick also kept journals alongside her practice that underpin the work, providing a textual synecdoche for the interactions of the body with its environment, negotiating inside/outside, private/public, pre/post-production. The textuality of journals, in regard to a feminised body politic, is often exercised in liquid-speak. Women are habitually described in terms of fluidity or their lack-of, through analogies of menopause to dryness and thus sexless-ness. In Chadwick’s work, there is a reclamation of these embodied fluids, as well as a re-contextualisation.

Chadwick positions herself as liquid architecture in The Oval Court, writing in 1989: “before I was bounded, now I’ve begun to leak”. Throughout these photocopies, Chadwick’s skin-image appears to be just under the surface of an amniotic blue pool, with water lilies in the guise of gold spheres upon the surface. In these paradisiacal assemblages, her image is dunked in decaying materials such as fruits, vegetables, and animal matter. These putrefying materials suggest contamination, as well as transgression of bodily integrity. In her journals, Chadwick queries, “what if dangerous fluids were to spill out, displacing logic, refuting a coherent narrative, into a landscape on the brink of I. Beyond description, beyond the symbolic, in the realm of direct sensory experience”. Far from the conventions of social reproduction, Chadwick recognised reproduction as a form of feminist appropriation; “I discharge myself, time and time again”. In place of affirming the notion of fluid as instability, this leakage signifies a new sovereignty.

Female narratives produced with and against the copier can also be traced in contemporary projects. This summer I visited Rosie Carr’s video work: The Photocopier Who Fell in Love With Me (2016) at the 2018 Whitstable Biennale. Nestled in a carpeted-crevice of the Spoon Web DVD shop, I plugged into the TV monitor to watch Carr’s love-letter-cum-erotica. “All I can hear is your slow, warm, hum”, coos a female voice over the machine. Pleasurably perverse, Carr’s video focuses on the copier as a proxy for female desire through a jovial take on oral titillation. As if to build upon Smith and Chadwick’s copier-portraits, Carr’s machine expands the consideration of its technological fetishization within the ecosystem of the office. Carr’s own questioning, “what would it be like to replicate myself?” entangles female sonority and the copier as a cybernetic framework. Rather than a self-imaging machine, the now-ubiquitous technology resembles an old-fashioned lover, who insists on materiality.

A new obsession: I have begun to copy myself, captured by the leaky paradox and capacities of the copier. The copier illustrates the paradigm of the margin, at once contained whilst also threatening to capture territories it has transgressed. Like the body, the copier is left vulnerable to vectors of contagion. It pollutes itself with the material and immaterial that it comes in contact with: papers, well-thumbed library books, objects, and body parts. The copier is a hunter-gatherer of sorts: it explores and sniffs-about; it chews on its own processes and spits out a paper copy. As a glass palimpsest, the traces of the objects and bodies that have pressed against it now linger as smudges and marks. An eager hand reaching to retrieve a document may find their fingers disembodied and caught on the corners, while moving the original template risks the legibility of the image or an awkward crop. The photocopier’s standards are inconsistent and hazy. It is subject to schizophrenic outbursts, constipations, and bleeding inks. At all times the photocopier destabilises the duplicate as a perfect clone, instead, it points to the limitless images beyond its margins and the bodies that use it. Not exact replications, but transmutations. The historical inscriptions of the female up against the copier places repetition as a feminist ontological tool. As Chadwick writes: “out of the copier… I am now limitless”.

*This phrase is indebted to Jenny Hval, ‘Mephisto is in the Water,’ from the 2013 album Innocence is Kinky.

Katie Jones-Barlow is an illustrator and researcher whose interests engage with feminist and new materialist modes of thought, which she uses as a lens to examine the subterranean spaces between performance and materiality.